Some soofee idiot on national british media in his sheer ignorance and delusional misguidance uttered the wahabis are responsible for the horrific crime that took place last week, as opposed to saying such individuals were acting on their own accord which had nothing to do with terrorism or any link or association with Islaam whatsoever. Rather you will find them attacking the salafis at any cost. We have and continue to say such takfiri tendencies have no link, correlation or association with Islaam or its understanding.

We did find what the soofee churchfather Ahman bin Zainee Dahlan d.1883CE, the one who authored a book against the salafis titled, “ad-Durar us-Saniyya Fee Radd Alal Wahhabiyyah” who was comprehensively answered by al-Allaamah Basheer Sehsawaanee in “Siyanatul-Insaan An Waswasah Shaikh Dahlan” Dahlan said the following in a book which was published in 1871CE (yes almost 142 years ago) under the service of her majesty civil service for bengal ie the former Queen Victoria, 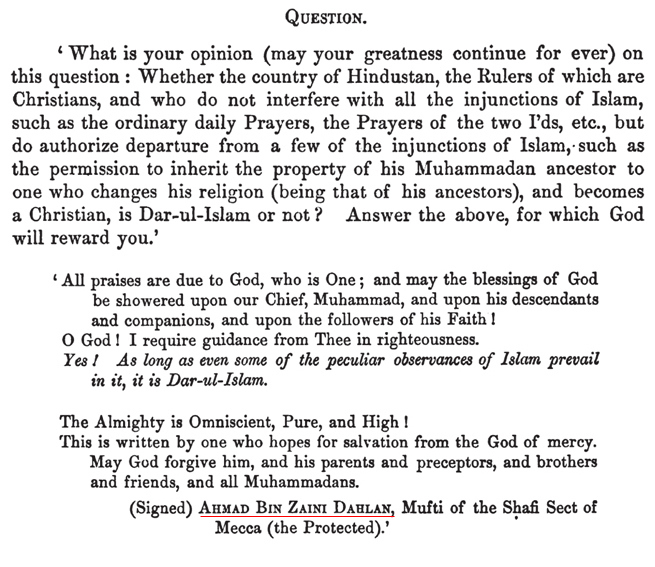 hmmm this fatwaa alone requires a few pages, maybe some other time!!!