Imam Abu Muhammad Abdur-Rahman ibn Abi Hatim (327H) asked his father, Imam Abu Hatim ar-Razi (264H) and Imam Abu Zur'ah ar-Razi (277H) regarding the creed of all the scholars they narrated from, from all their various lands they visited, and what the two of them took as their creed. So this book is the doctrine of these two great Imams as taken from the pious predecessors from whom they narrated, may Allah be pleased with them all.

In this book, the to great Imams describe the tenets of faith which they found the scholars agreeing to, by consensus, throughout the Muslim lands they travelled to. They cite the position of the scholar the on the fundamentals aspects of belief and at the same time highlight the deviation of the corrupt misguided sects and their traits.

This is a very small book which easy book to read and to understand and by now all Muslims should know the basics of their Aqidah. 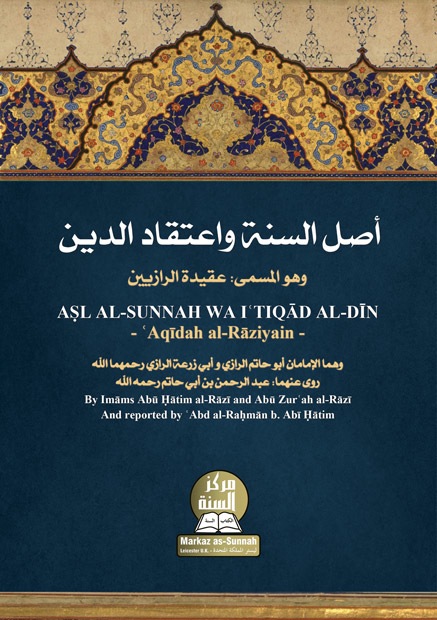