A Comparison Between the Belief of the Soofees & Ahl as-Sunnah - Shaykh Sa'd bin Naasir ash-Shathree
£3.00

This book compares the belief of the Soofees (Sufi) and the Sufiyyah (sect) with regards to the Pillars of Iman. The Shaikh who is a member of the Permanent Committee of the Senior Scholars of Saudi Arabia analyses the difference between the mainstream Ahl al-Sunnah wa'l Jama'ah and the Sufi's and how they have deviated from the correct and authentic teachings of the Quran and Sunnah.

Shaykh Dr. Sa'd bin Naasir ash-Shathree is known amongst the people for his diligence and efforts in teaching the Quran and Sunnah. There are a couple of books of the Shaykh which have been translated into English and this being the latest one on an issue which has been highlighted by the western neo-con agenda in falsely tackling the creed system and tenets of faith of Ahl al-Sunnah Ahl al-Hadith.

In recent years the neo-cons have also emphatically promoted the Sufi idea to the western Muslims, however it is far away from the true teachings of the Quran and Sunnah. Therefore, the Shaykh has highlighted the differences in the Beliefs of the basic pillars of Islam.

as usual we aim to sell this book at a low price due to the importance of the subject and the status of the author ie Shaikh Sa'd al-Shathree.

RESERVE YOUR COPY
place an order to reserve your copy, the current lead time is 2-4 weeks. Any additional books ordered will be dispatched when the current book arrives unless otherwise stated. 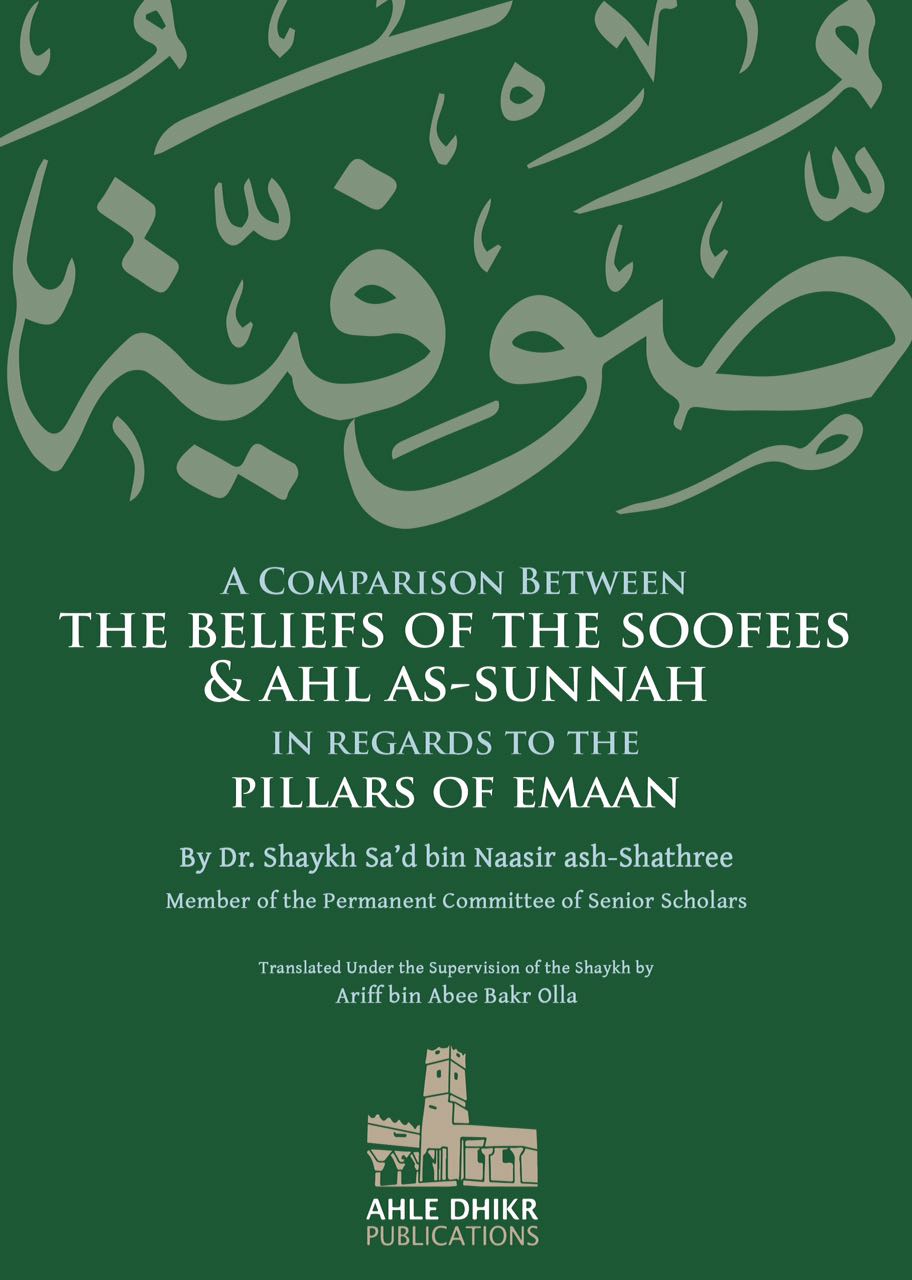